The Internet is made up of a global network of servers, both public and private. People connect to these servers through an ISP (Internet Service Provider). Data is transferred between computers on these networks using a series of protocols. The main protocols used are TCP, IP, FTP, HTTP and SMTP.

Evey computer that is joined to the Internet has an IP (Internet Protocol) Address which is used to identify it on the network. Most people will navigate the Internet using domain names such as “RobotsNeedCoffee.com”, instead of using IP addresses. By using a domain name computers are easier to find around the world using an Internet browser. 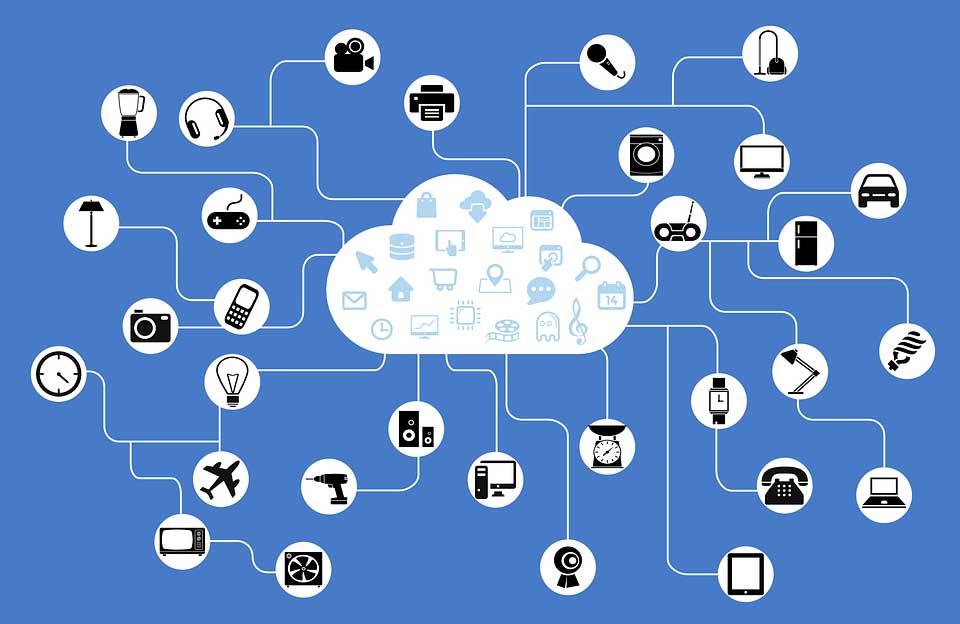 Who Created the Internet

The roots of the Internet began as a government project by ARPA (Advanced Research Projects Agency). ARPANET was the project initiated to create a reliable network of computers. By the end of 1969 four computers were successfully connected together forming the first network.

The first computer on the network was one at the Network Measurement Center of UCLA. Stanford Research Institute (SRI) was the second to add a computer to the network. Following SRI, the last 2 computers were added from UC Santa Barbara and the University of Utah.

Why was the Internet Created

The original intent of the Internet was to create a network of shared computer resources. This needed to be a decentralized network to guarantee others could still communicate in case of an attack. These resources started by allowing academics, government agencies, defense contractors and scientists to share information with each other.

Who owns the Internet

No single entity owns the Internet. The Internet is made up of millions of global servers owned by individuals and companies. However, the IP addresses that make up the Internet are controlled by a list of companies. So, in theory those companies actually own the keys to all Internet traffic.

Connecting to the Internet

What is an IP Address

An IP Address is a unique numeric assignment for every device connected to a computer network. These addresses are used to control the flow of data between computers around the world. There are two types of IP addresses, IPv4 and IPv6.

An IPv4 address consist of four sets of numbers from 0 to 255, each separated by a dot. For example, the IP address of domain.com is 67.43.14.98. This number is used to identify the domain.com website on the Internet. When you enter https://domain.com into your web browser, the DNS system automatically translates the domain name “domain.com” to the IP address “18.221.195.49”. IPv4 uses 32 bit addresses, so it is capable of creating around 4 billion addresses.

The IPv6 address format is completely different. It consists of eight sets of four hexadecimal digits and uses colons to separate each block. An example of an IPv6 address is: 2001:0db8:85a3:0000:0000:8a2e:0370:7334. IPv6 uses 128-bit addresses and is capable of creating 340 undecillion addresses. Wow, that is a huge number. So, eventually most connected devices will be using an IPv6 address.

What is a Domain Name

A domain name is used an alternative to remembering an IP address. Instead of typing in 18.221.195.49 you would type domain.com in your Internet browser. By linking names to IP addresses it makes it easier for humans to navigate to websites. The linking between names and addresses is handled by DNS servers.

What is a DNS server

What are the common Internet protocols

The Internet Protocol is the method used to send data between computers connected to the Internet. The data being transferred or received is handled by the Transmission Control Protocol (TCP).

The Transmission Control Protocol is responsible for breaking up large amounts of data into packets and sending them to other computers. After data is received the TCP layer reassembles the packets into the original data. What are packets? Data being sent across the internet is first split in many pieces called packets. These packets are sent independent of each other. The typical packet size is between 1000 and 3000 bytes.

The File Transfer Protocol allows for the transfer of data and files between two computers over an internet connection. This protocol was heavily used before the Internet became the dominant way to download files. But, FTP is still a valid way to transfer files for a number of applications. For example, if you are a web developer you will probably use this method to work with files on web servers. This typically uses port 21, but can be configured to use a different port if needed.

The Hyper Text Transfer Protocol uses a client-server model. For example, a client may be a home computer, laptop, or mobile device. The HTTP server is typically a computer running web server software, such as Apache or IIS. When you browse to a website, your browser sends a request to the web server. If the requested URL is valid, the server will return the webpage to your browser.

If a Web address starts with https:// you are connecting to a website using SSL (Secure Sockets Layer). Most browsers will also display a lock icon somewhere along the edge of the window to indicate the website you are currently visiting is secure. You can click the lock icon to view the secure certificate that authenticates the website. If you are connecting to a site that is requesting sensitive data, then you should expect to see a valid SSL certificate.

SSL allows sensitive information such as credit card numbers, social security numbers, and login credentials to be transmitted securely. Normally, data sent between browsers and web servers is sent in plain text, this leaves you vulnerable to eavesdropping. An attacker could intercept all data being sent between a browser and a web server. The SSL protocol uses public and private keys to encrypt\decrypt any data being sent to the web server.

The Simple Mail Transfer Protocol is the system servers use to transfer email messages to each other. This uses port 25 for transferring data.

The Post Office Protocol is used by email client to pull email from an email server. POP3 has a distinct disadvantage over the IMAP4 protocol. Once you download the message it is deleted from the mail server. This is a problem if you travel and need to access your email from multiple locations. This uses port 110 for transferring data.

The Internet Message Access Protocol is an alternative to the POP3 protocol. This is typically used for people that access email from multiple locations. Email servers can be configured to use both POP3 and IMAP4. IMAP4 uses port 143 for transferring data.